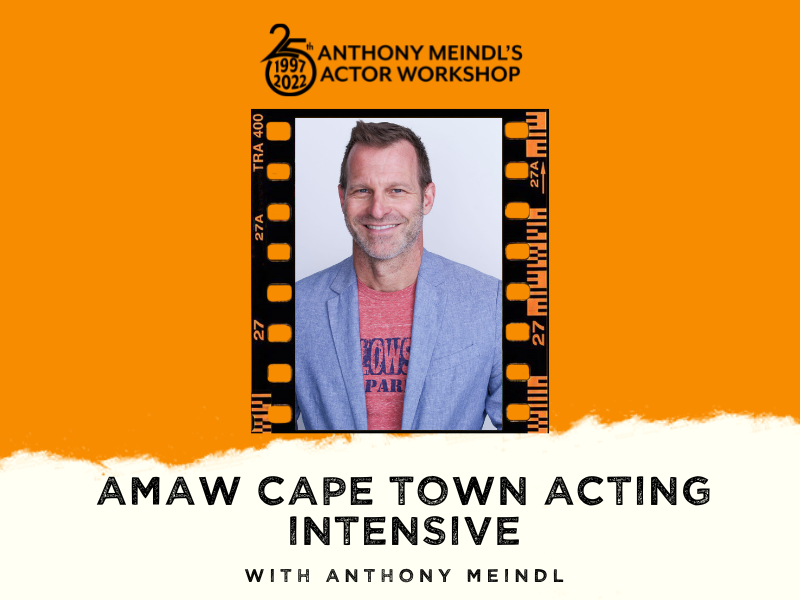 Be part of the magic, ONE NIGHT ONLY!

Anthony Meindl is heading back to Cape Town, South Africa for the first time in 3 years!

IT’S SIMPLE: Listen. React. Feel your feelings rather than thinking them. Give up control. Surrender to the chaos. Admit that you don’t know as much as you think you do and that something greater is trying to reveal itself to you in the moment. Become a channel for flow. Get in the zone. Have more fun. Give zero fucks. Play. Risk. And finally trust that you are enough and have something to contribute as you.

TO OBSERVE: 895R
____
ABOUT ANTHONY:
Anthony Meindl is an award-winning director, writer, actor, acting coach, entrepreneur, author and inspirational speaker. As an acting teacher, he’s known for revolutionizing a more modern understanding of acting training. He founded Anthony Meindl’s Actor Workshop in 1997 and now has the largest scene study studio in Los Angeles and locations in 10 other cities around the world: New York, London, Vancouver, Toronto, Atlanta, Sydney, Chicago, Copenhagen and Cape Town. He is the guest acting teacher for directing at David Lynch’s Master of Filmmaking Program, and has guest lectured at the prestigious Moscow Arts Theatre, The National Theatre School of Ireland, The Actors Centre London, and many more.
+ Google Calendar+ iCal Export