ANTHONY MEINDL’S ACTOR WORKSHOP is proud to have given away $20,000 worth of scholarships specifically for actors and aspiring actors from the BIPOC (Black, Indigenous, People of Color) community.

As our studios are headquartered in the US, we are using the term BIPOC within a US context to highlight the intersectionality of the experiences of every group that is racialized and subjugated to maintain the white supremacy systematic in our society. We recognize that the term BIPOC may be better understood outside the US as Global Majority.

For close to 25 years, AMAW has striven to be a safe haven of artistic exploration and expression for every person who comes through our doors. As a training center for Creatives of all kinds within the industry of Media/Film/TV/Performance/Theatre and Acting Theory & Technique, we intend to be a leader in inspiring and guiding best practices of full human expression.

This scholarship is part of a wider effort to create opportunities to support and increase the level of representation of BIPOC artists both at our own studio as well as in the industry as a whole. 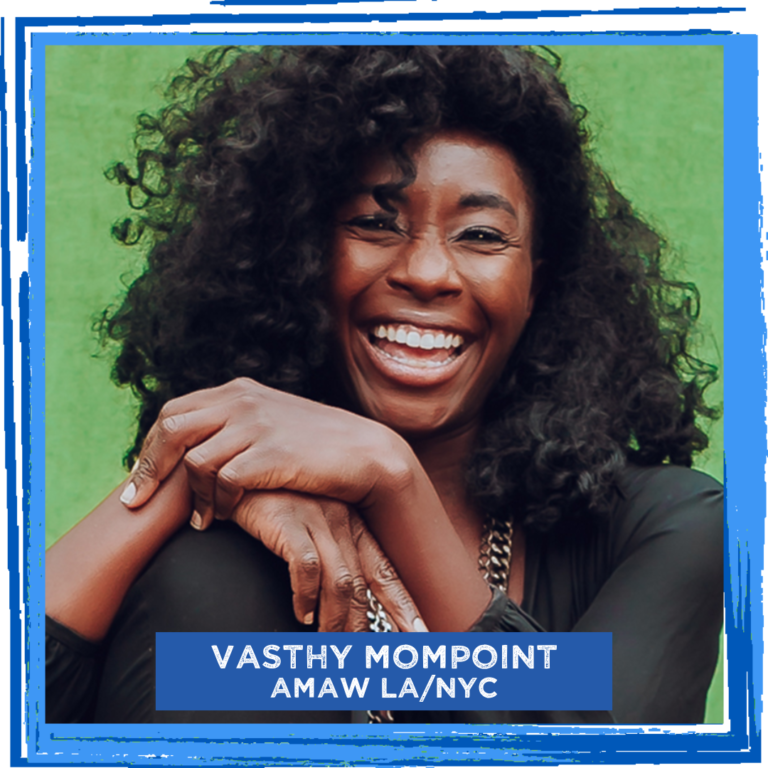 Vasthy Mompoint is a Broadway and TV/Film actor based out of New York City. Her stage credits include The Prom, The Spongebob Musical, and Mary Poppins, and she has appeared in popular titles such as NCIS and Nora from Queens. Beyond acting, she has written on an SNL Scholarship and created choreography for the Weird Al Yankovitz biopic. 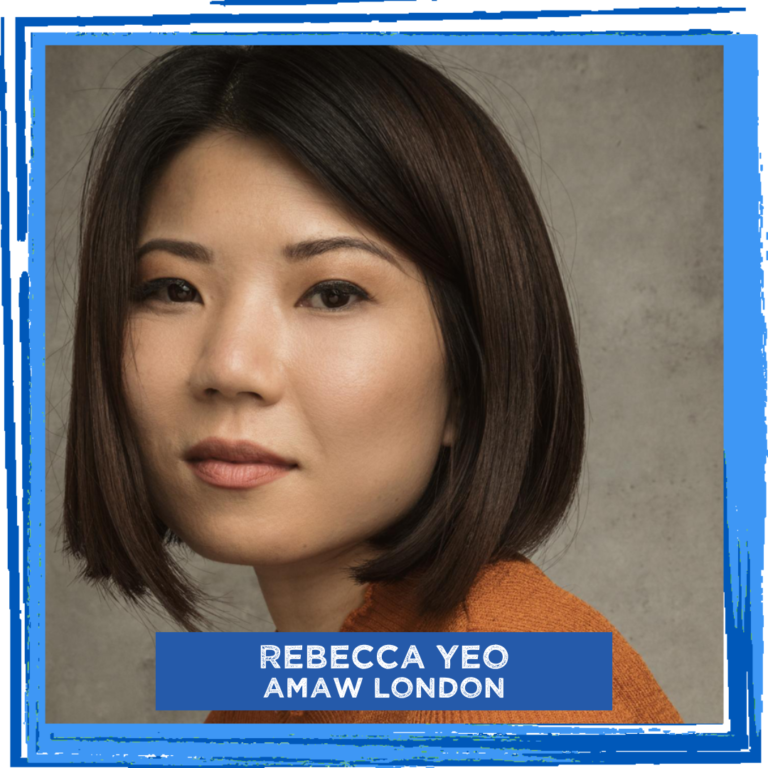 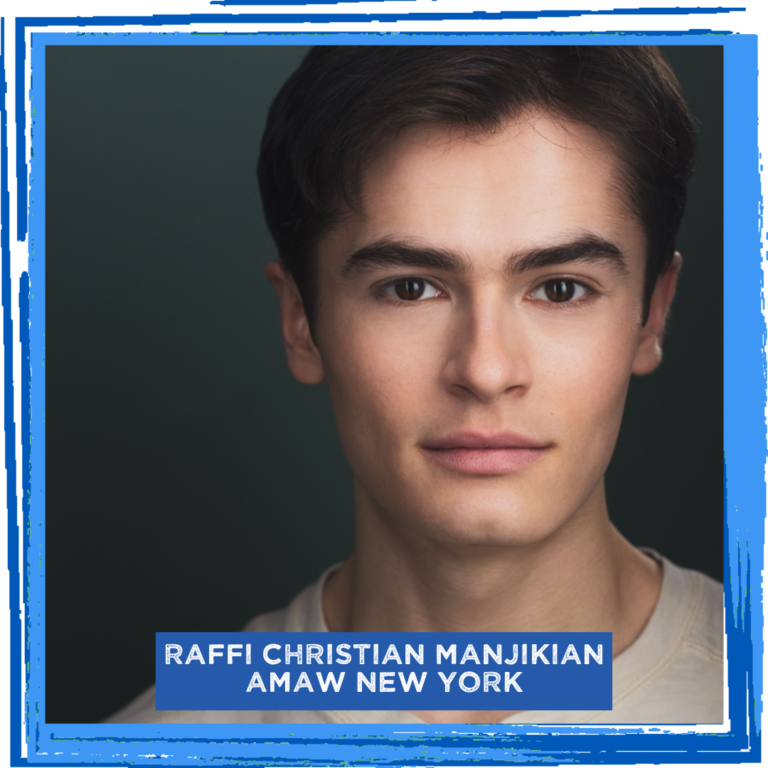 Raffi Manjikian was raised in Belmont Massachusetts and now lives in Brooklyn, losing in online chess, learning how to knit, and rock climbing his days away 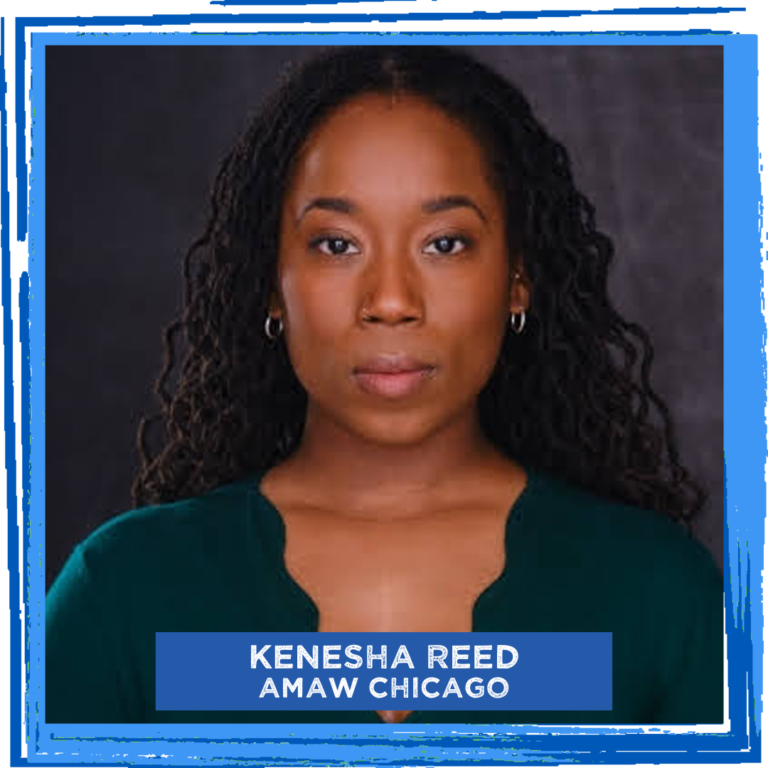 Kenesha Reed is a multi-hyphenate performer represented by DDO Artists Agency-Chicago. Born in Chicago, IL and raised in Memphis, TN, Kenesha is proud to come from such culturally rich cities. 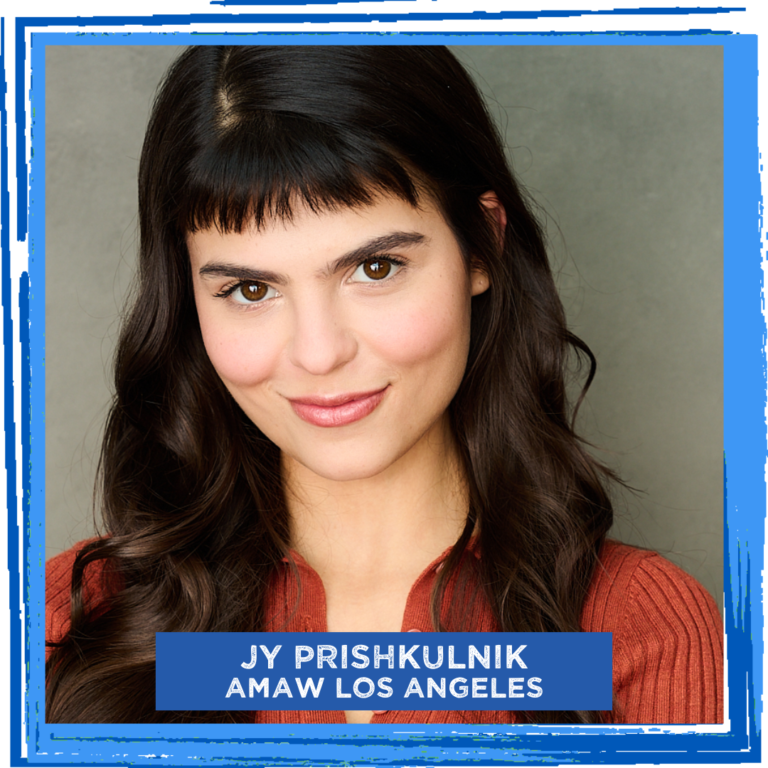 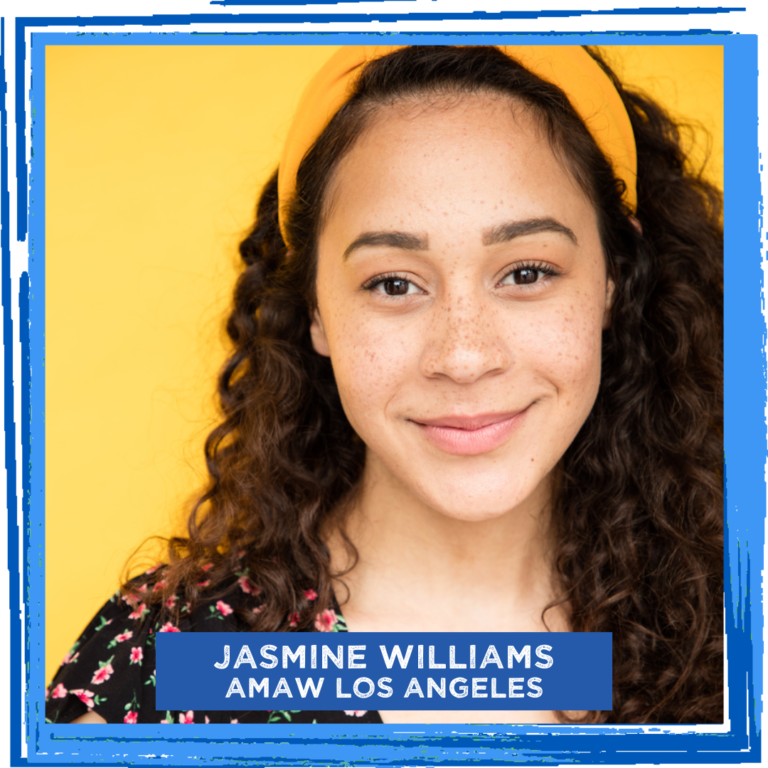 Repped by DDO, Jasmine is an actor in LA by way of many places. Jasmine’s recent credits include Loot on Apple TV+ and Hunting For the Hag, a horror feature. 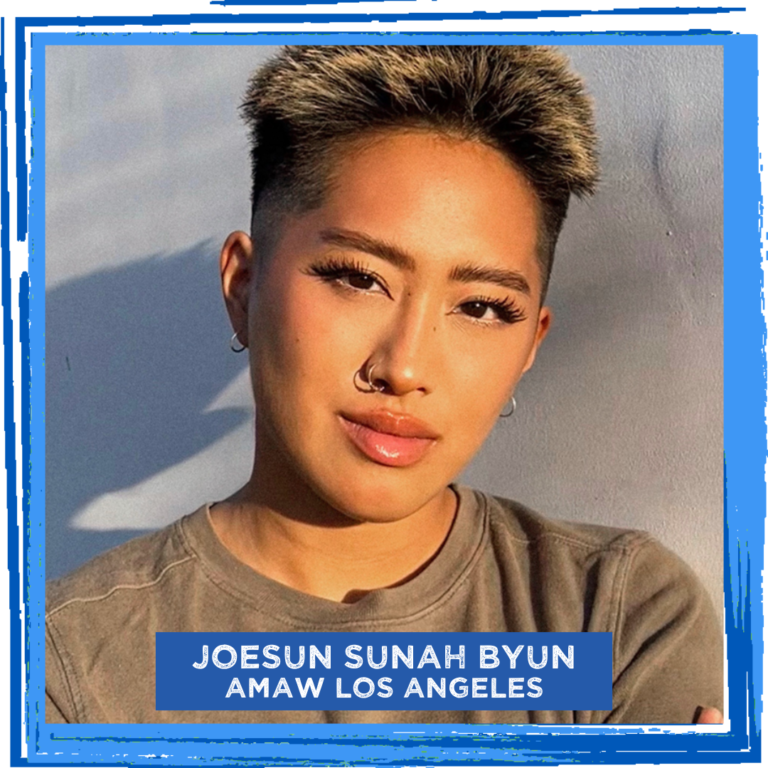 Joesun (they/them) is a Non-binary Queer Korean American Actor based in Los Angeles. Alongside acting, Joesun is experienced in combat training, intuitive movement, and improvisational comedy. 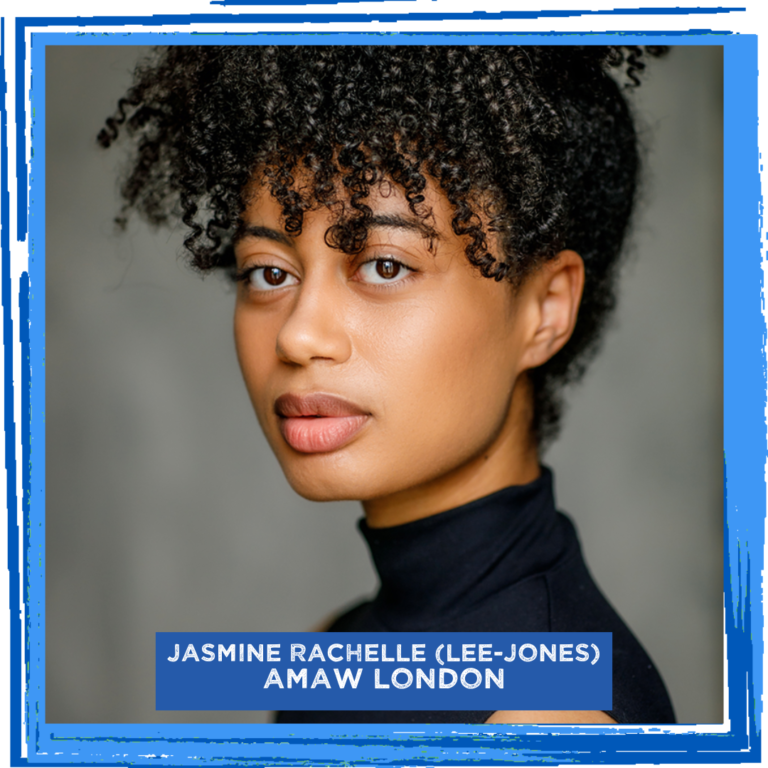 Jasmine is an actress from London with stage, screen, and voice-over experience. She is looking forward to learning and exploring with the other Actors in the Anthony Meindl classes! 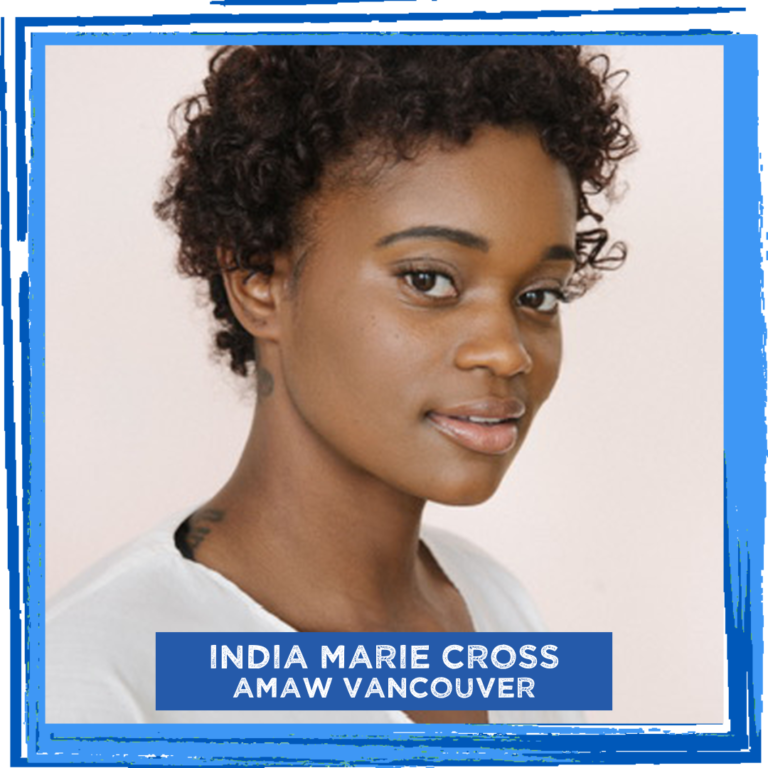 India Marie grew up in Philadelphia, PA and has a degree in theater from Cheyney University, the first historically Black college in the US. Her recent credits include “Wicked City” (Allblck) and “Crooked Trees”(Amazon Video), and has played lead roles in stage productions such as “For Colored Girls” and “A Raisin in the Sun.” 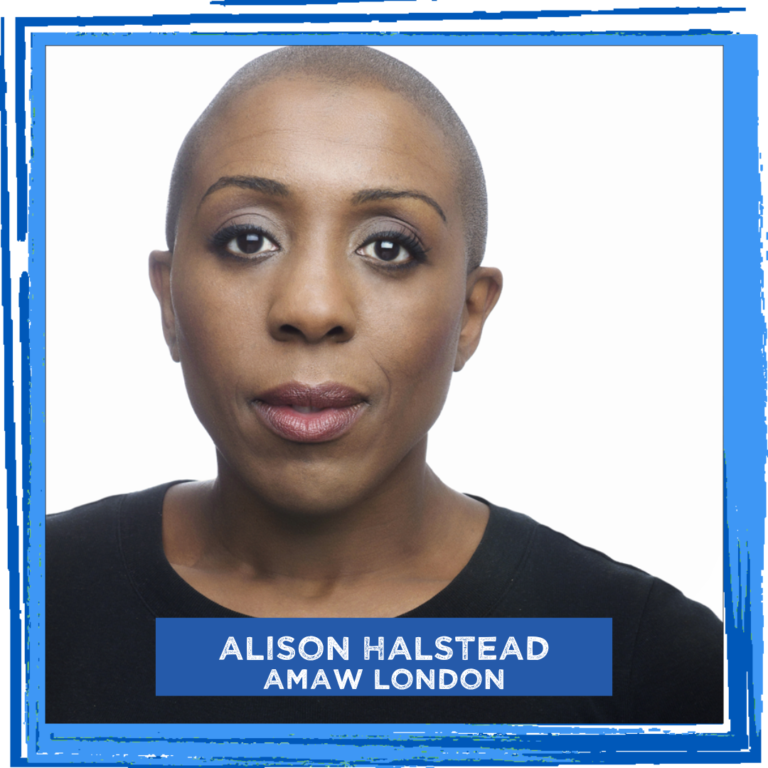 Most-recently, Alison was a company member at Royal Theatre Windsor, as Player Queen + Charlotta, playing alongside Ian McKellen in Hamlet and The Cherry Rochard, respectively. 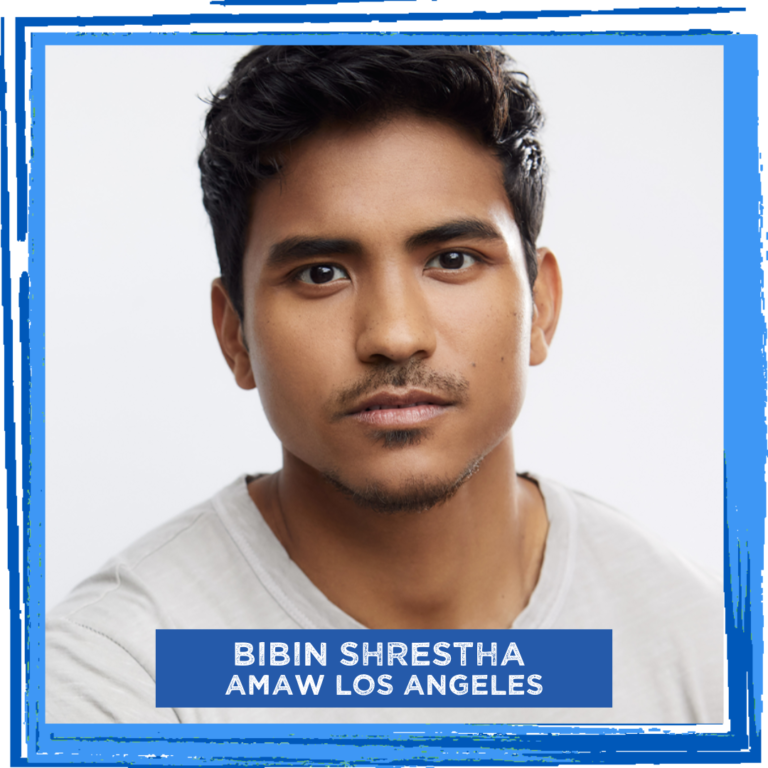 Bibin Shrestha is a classically trained Nepalese-American actor. His native Nepalese culture mixed with an inner city New York influence, brings a unique and compelling backdrop to his craft. 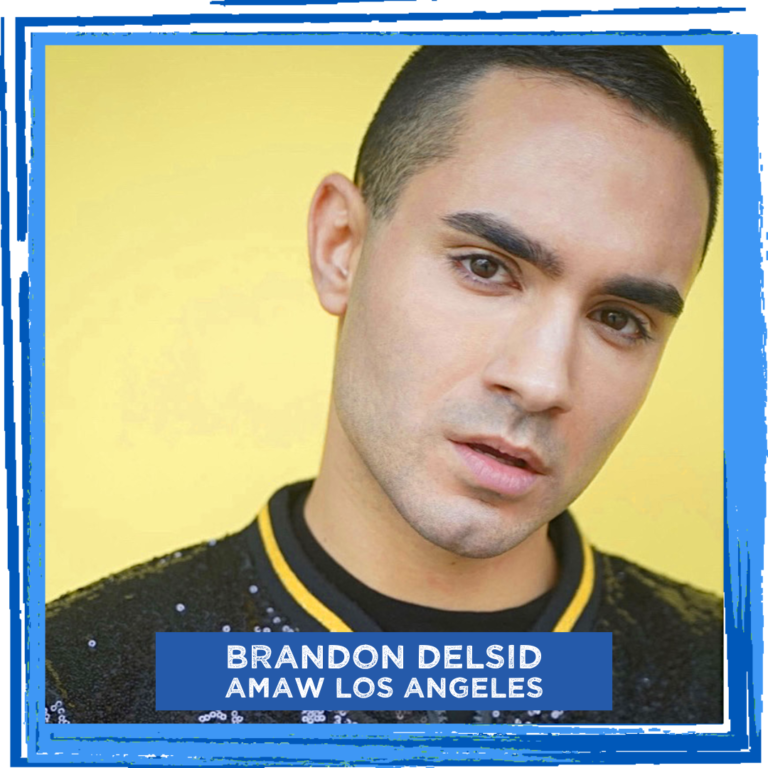 Brandon Delsid originally from Fresno, CA just shot his first film with acclaimed writer/director, Luc Besson. Prior to that he originated the role of Raj in the Off-Broadway production of ‘The Big Bang Theory Musical’. 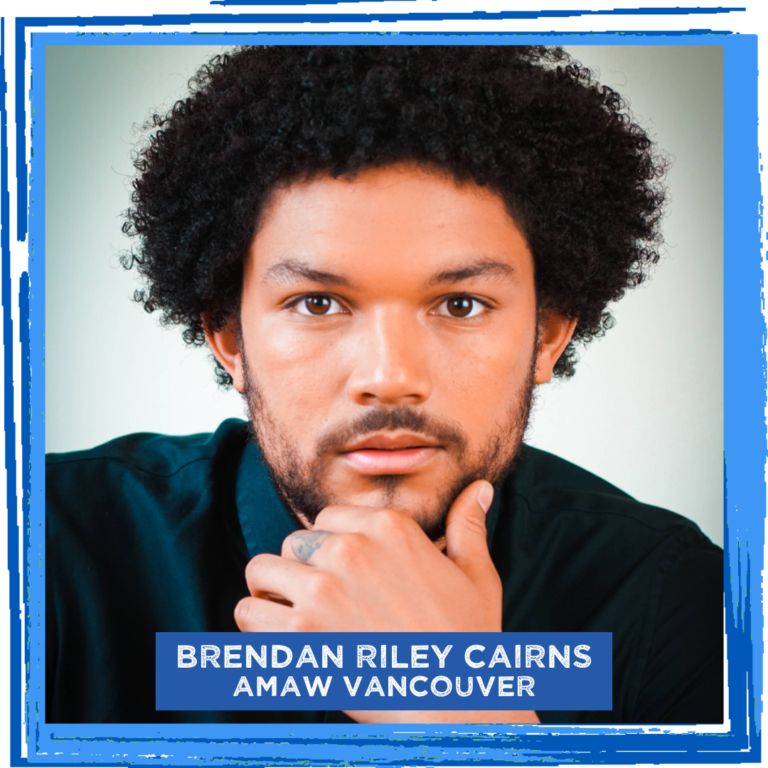 Brendan is 6’1 and lives in Vancouver, British Columbia. He’d like you to know that he is fully vaccinated, and is comfortable with taking his shirt off. 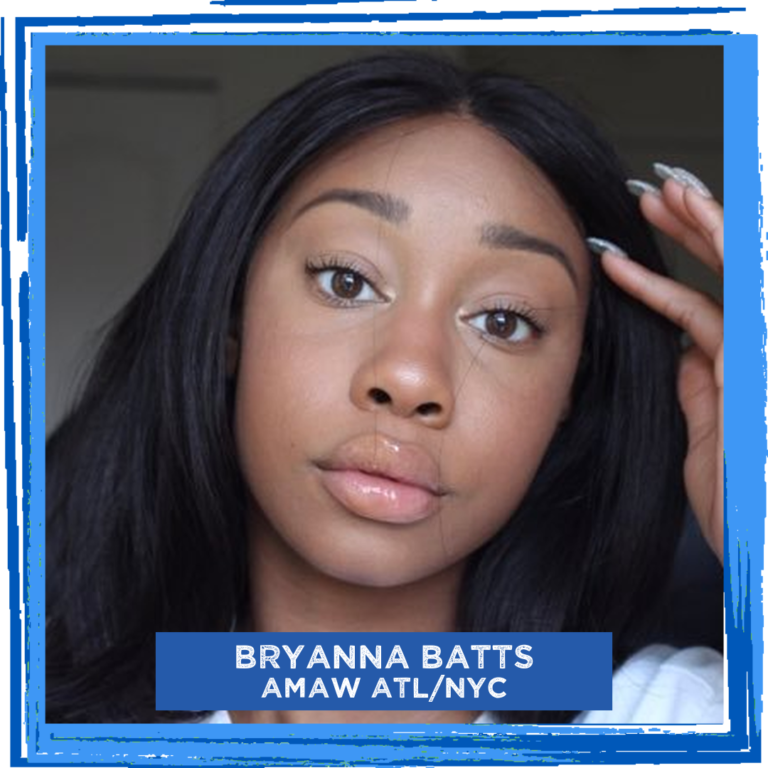 When Bryanna Watts was 7 years old, she watched INCEPTION and cried because she knew in that instant that she had to become an actor. She is from Virginia, loves animals and the ocean, and feels so blessed to be back training with AMAW! 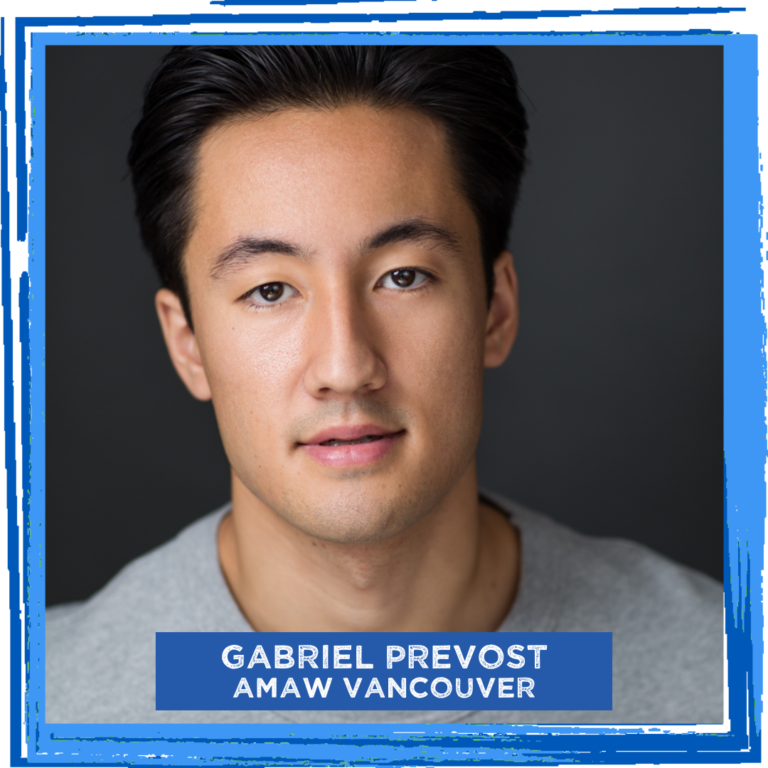 Born in Tokyo, Gabriel was raised in an art-focused household. His first acting performance was at 10 in: A Doll’s House, and he has also been featured in VOGUE Magazine. 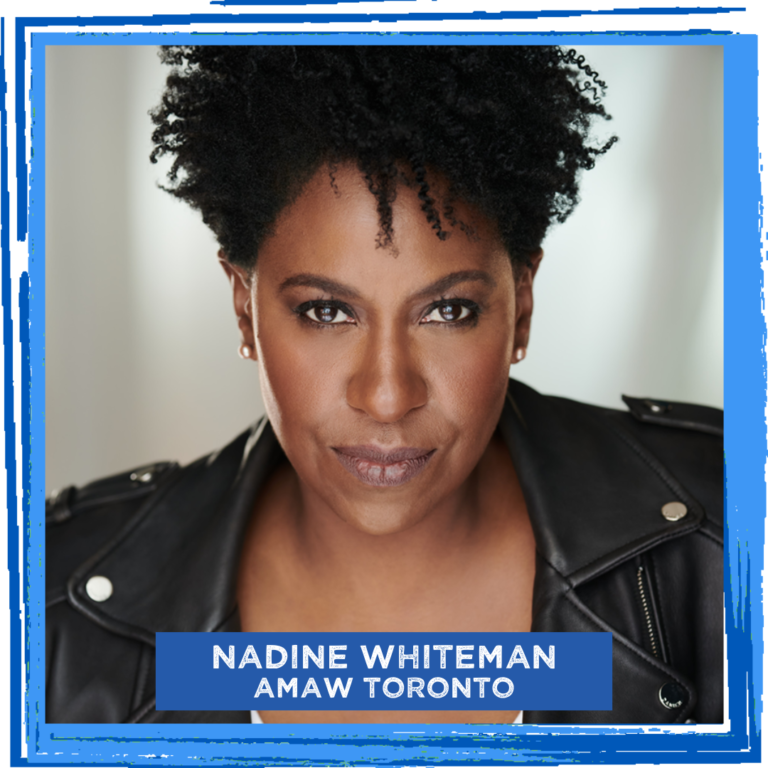 Nadine is a TV, film and theatre actor/singer based in Toronto. Who got her start in musical theatre with the North American premiere of Mamma Mia. 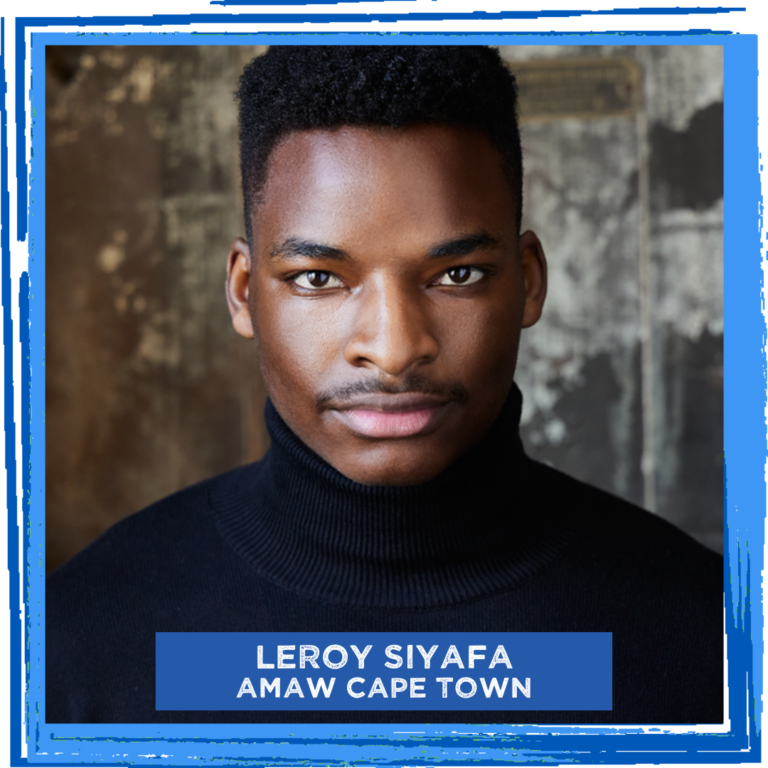 Leroy Siyafa is a South African-based actor who burst onto the scene with his first role as a supporting lead in the popular Netflix series Blood & Water. 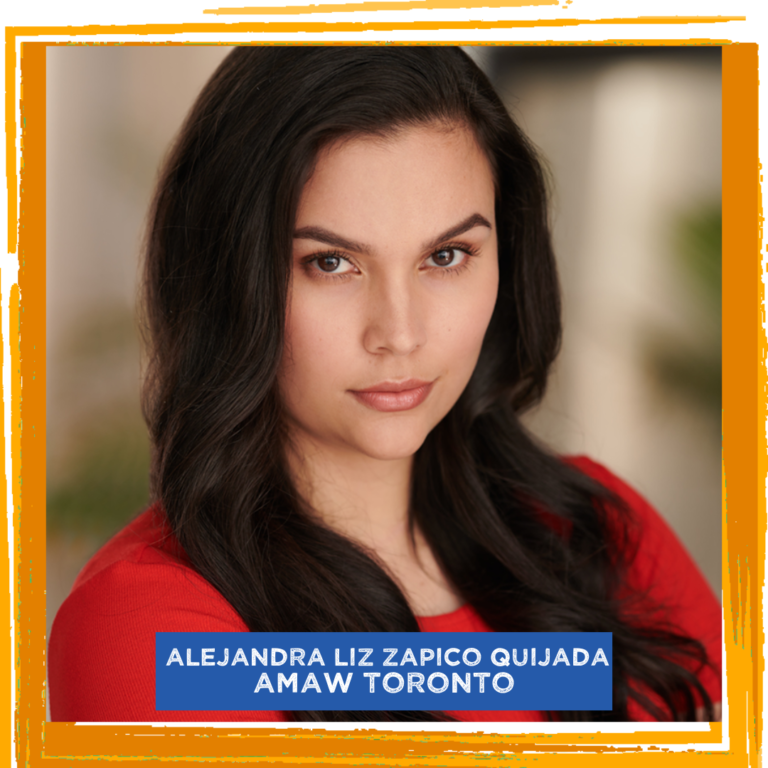 HONORABLE MENTION: Alejandra Zapico is a Venezuelan native who moved to Toronto to pursue Acting. From a young age, she has loved being creative, and acting has been a passion ever since. She is a salsa dancing-panda-lover. 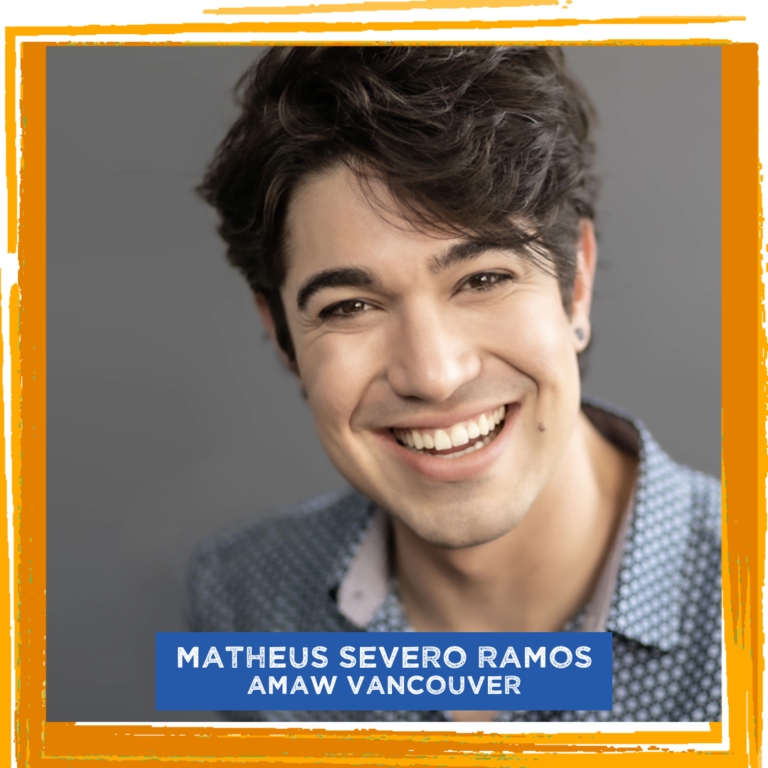 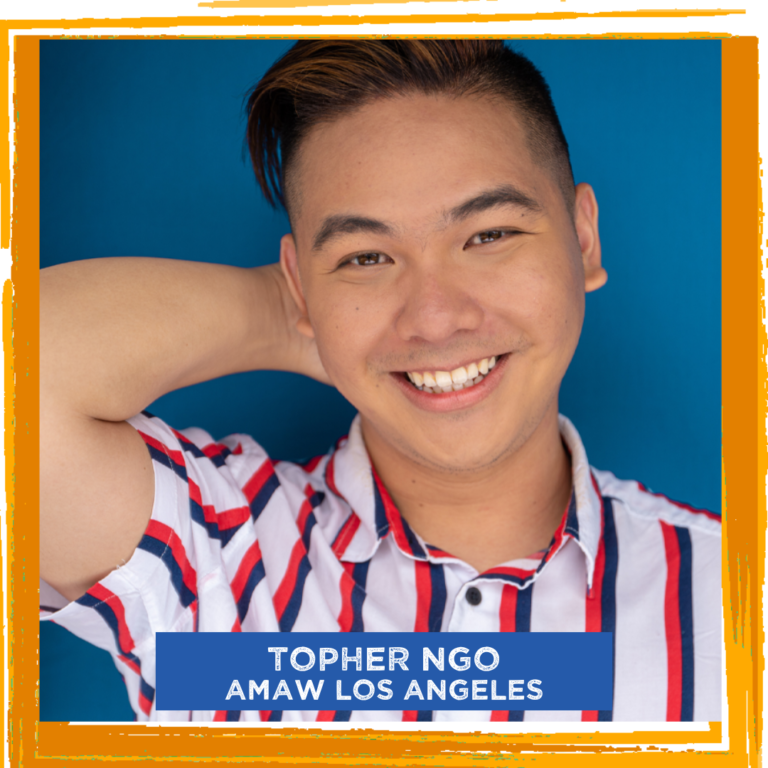 HONORABLE MENTION: Topher Ngo is a queer Vietnamese American actor, voice over artist, and singer. Signed with CESD, Topher was recently featured in Disney Pixar’s Turning Red as part of the boyband 4*TOWN. 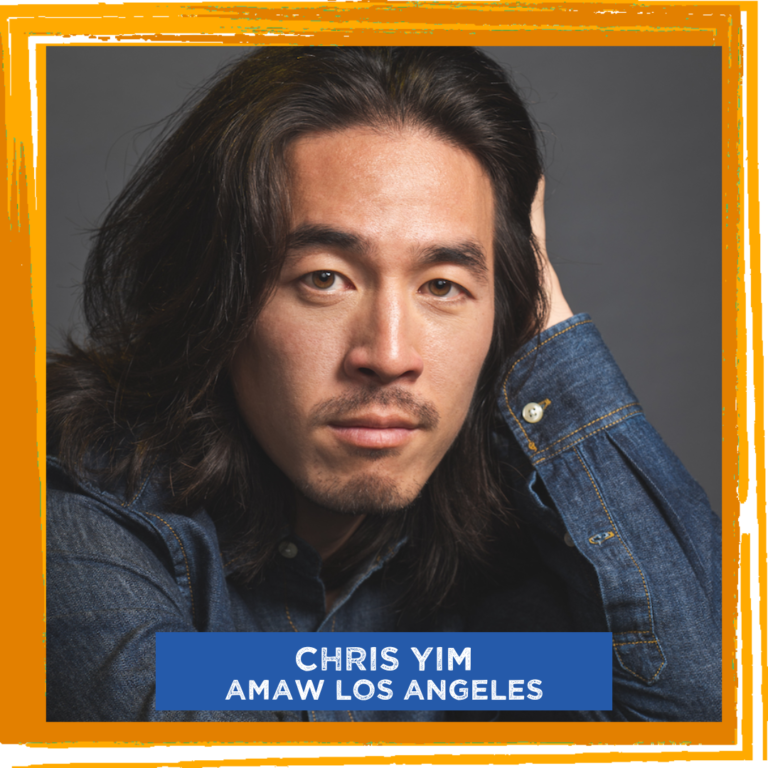 HONORABLE MENTION: Virginia-bred, coastal city educated, a mountain lake-loving sensitive dude. In acting, I seek freedom, discovery, and fun. I wanna do theater, fall in love on stage, and be in the MCU. 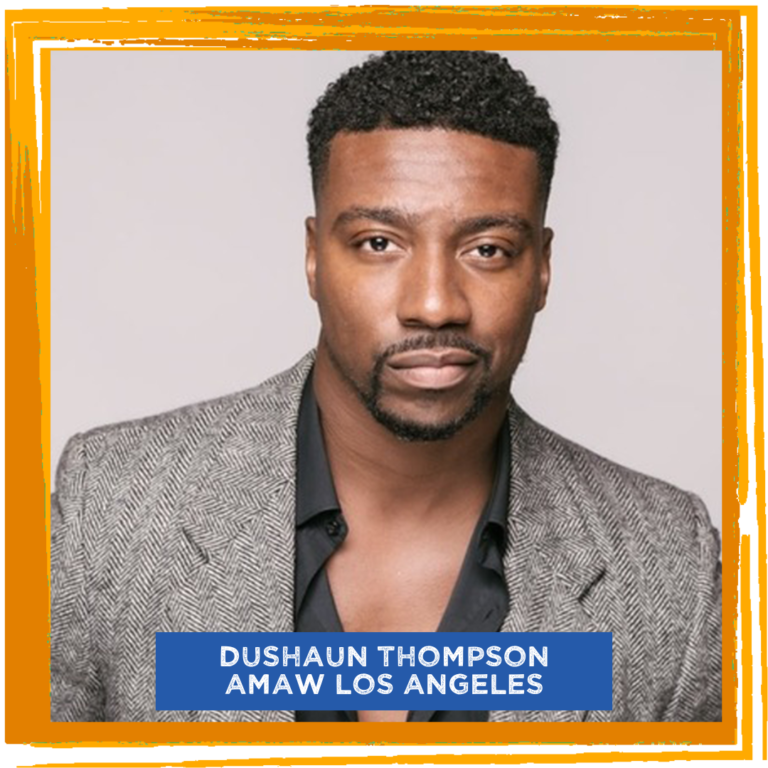 HONORABLE MENTION: Clifton Dushaun Thompson known professionally as Dushaun Thompson, is an American actor,songwriter and pro-dancer from Richmond, Virginia. In 2017, he graduated from Norfolk State University with a bachelors in mass communication and moved to Los Angeles to take his career to the next level.Now Dushaun is using his gifts to motivate, encourage and be a positive impact in the industry.