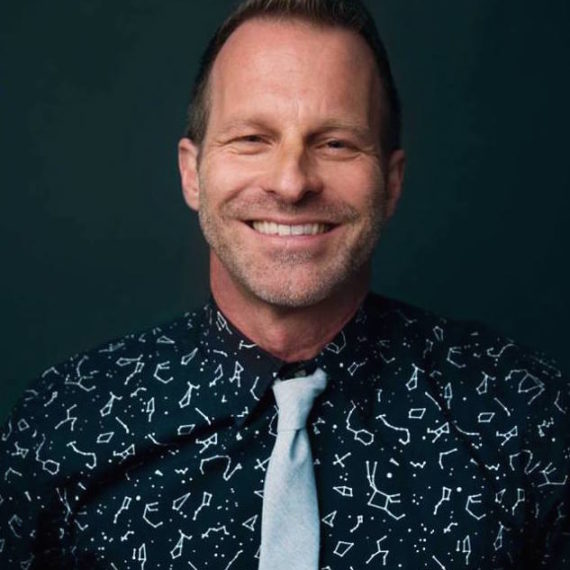 Anthony Meindl started AMAW 26 years ago in his apartment with 6 students and the desire to help actors understand a more modern and simpler approach to the work. He now has the largest scene study studio in Los Angeles and locations in 10 other cities around the world: New York, London, Vancouver, Toronto, Atlanta, Sydney, Chicago, Copenhagen and Cape Town. He has been the guest acting teacher for directing at David Lynch’s Master of Filmmaking Program, and has guest lectured at the prestigious Moscow Arts Theatre, The National Theatre School of Ireland, The Actors Centre London, The Danish National School of Performing Arts and others. He has been an inspirational speaker, sharing the stage with such luminaries as Jim Carrey, Jack Kornfield, and Tom Shadyac. As a filmmaker, Anthony has received a number of awards and acclaim. His latest feature film, Where We Go From Here sold to HULU. It premiered at Outfest, won the “Best Screenplay” award at Q-Films Long Beach, and the “Jury Award” at NYC’s East Village Queer Film Festival. He is the author of five books, including best-sellers, At Left Brain Turn Right and Book the F*cking Job and his latest book Unstuck was released in 2021. He has been a passionate advocate in helping actors everywhere understand their worth and advocate for themselves and their own creativity. He has broken myths around the business and what often holds actors back. His mission has always been to help marginalized people and Artists of Color and Trans, Non-Binary, and Queer-identifying actors who often have had little access to training and opportunities in the business. The studio has offered a Trans-Non-Binary Scholarship since 2019 and last year launched its first BIPOC/Global Majority Scholarship. His films tackle social causes ranging from gun violence to climate justice and the climate crisis to LGBTQ rights.

It’s time to get UNSTUCK.

In 54, illuminating, bite-sized essays, creativity expert Anthony Meindl frees you from what is holding you back from your creative potential. In fact, what you think is in your way, is actually the way.

Bounce back from shut doors.

Understand your intrinsic value as an artist.

Ready-or-not (hint: we will never truly be ready) it’s time to get UNSTUCK from the myths that are keeping you spinning in place. So dive in, stop hiding, and start sharing your unique gifts with the world. 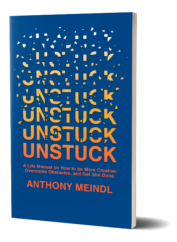 More than 10,000 actors have read the book that is helping artists get out of their own way and achieve their goals.

With inspirational and hilarious stories, Anthony sets the reader on a journey to start realizing their creative potential and tap into their innate talent. You will learn to stop comparing yourself to others and start living the life you always dreamt of living.

We wrongly believe that success (and creativity) looks a certain way, and when we fail to realize those ideas and pictures in our head, we often give up. At Left Brain Turn Right finally shows artists what creativity really looks like – and how to achieve more of it (and success).

Once you get on the path of your artistic life, you will learn how to silence your inner critic, give fear the finger and experience the life that has been waiting for you. 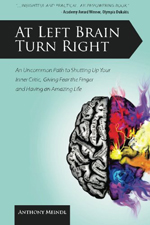 You Knew When You Were 2 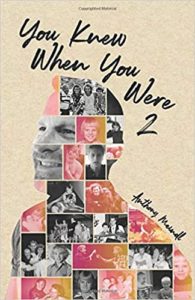 Anthony’s Podcast: IN THE MOMENT 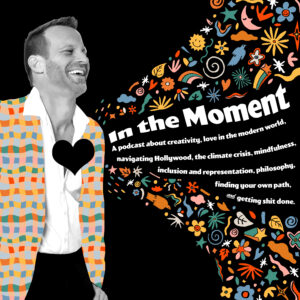 Check out his Films & IMDB 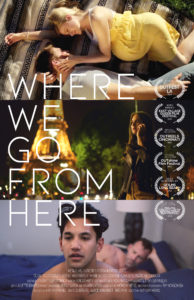 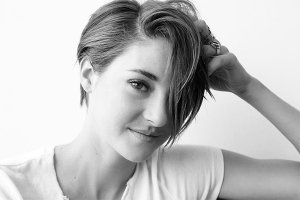 SHAILENE WOODLEY: “I think Tony is absolutely incredible and coming to class for me isn’t just about letting loose and growing my ability as an actor but more sometimes to really open up myself to the Universe and just be. Sometimes I find him saying things that I mentally live by and its so refreshing to constantly hear them being affirmed. Thank you so much for every week re-instilling that positivity and creativity and openness within. You allow me as an actor to forget about the character and remember about Shailene, which makes every movement, moment and word so authentic and true. I’m so grateful to have you as a mentor.” 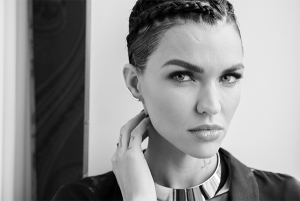 RUBY ROSE: “Anthony is amazing. There are so many incredibly well known working actors in class because he is just so good at what he does. And I love, love, love learning from him.” 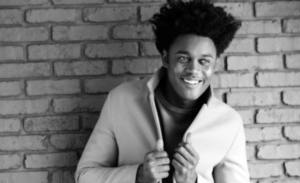 ECHO KELLUM: “I am so thankful that I found AMAW. It is so much more than just an acting class, it’s a life class. I walk away from every session feeling more in tune with who I am and more present in all my daily activities and my craft. Tony is the best!! And I’m eternally thankful!”